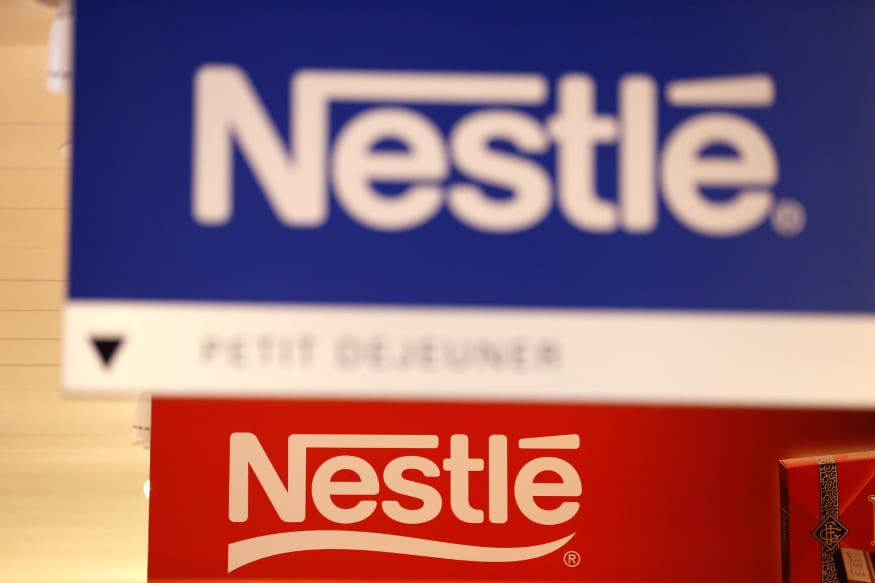 The owner of Nescafe coffee, DiGiorno frozen pizza and Purina pet food has previously benefited from a pandemic-era shift by consumers to comfort food—particularly big, trusted brands—as they stocked up and stayed home during lockdowns.

As the pandemic wears on, companies are now getting a boost as consumers gravitate toward products that boost health, particularly the immune system.

Nestlé’s health-science business has been one of its lesser-known divisions for years, but Chief Executive Mark Schneider, a former health-care executive who took the reins in 2017, has turned it into a focus area amid a wide-ranging portfolio shake-up. The unit represents only about 3% of Nestlé’s overall sales, but Mr. Schneider said Wednesday he wanted it to become “a health and nutrition powerhouse” through acquisitions and organic growth.

Nestlé said the unit delivered double-digit sales growth in the first nine months of the year, but didn’t detail its performance any further in a sales update released Wednesday.

Demand for vitamins, minerals and supplements was strong, the company said. Supplement brands Garden of Life and Pure Encapsulations sold particularly well online. So called healthy-aging products grew at a double-digit rate in the nine-month period, Nestlé said, with help from Boost, a nutritional drink brand, in North America and Nutren, a line of nutritional supplements, in Brazil.

Health-science sales lifted overall revenue, which was powered by strong pet food and coffee sales. Nestlé said organic sales, which strip out currency fluctuations, acquisitions and divestitures, grew 3.5% in the first nine months of the year, beating analysts’ estimates of 2.8%. Results were driven almost entirely by volume growth. The company upgraded its guidance for the year, saying it now expects organic sales growth of around 3%, from a prior forecast of between 2% and 3%.

Net sales fell 9.4%, to 61.91 billion Swiss francs, equivalent to $68.24 billion, dragged down by currency changes and divestitures. Mr. Schneider has sold a string of assets, including Nestlé’s skin-health arm and U.S. ice-cream business, as he pivots toward categories he sees as higher growth.

Other companies have reported sales boosts amid a shift in health consciousness by consumers.

Conagra Brands Inc. says its Healthy Choice frozen meals are on the rise. Reckitt Benckiser Group PLC this week said its Airborne brand, a supplement advertised as boosting the immune system, more than doubled revenue in the third quarter.

Others have moved to take advantage of the increased concern about health during the pandemic. Unilever PLC has doubled the amount of zinc that goes in its Horlicks brand, a malted milk bestseller in India, and is marketing what it says are the brand’s immunity-boosting benefits.

Nestlé has a head start, having set up the health-science business in 2011 under former CEO Paul Bulcke, now the company’s chairman. His vision was to use specialist food-based products to help prevent and treat conditions such as Alzheimer’s disease, diabetes and heart disease. Nestle has also been investing in treatments and medicine.

It has made a long string of acquisitions to bolster the unit, earlier this month closing a deal to buy a California-based biopharmaceutical company that has won approval for the first treatment for peanut allergies. The acquisition valued Aimmune Therapeutics Inc. at $2.6 billion, including debt, and analysts expect Nestle to keep doing big deals.

This year, Nestlé bought a gastrointestinal medication brand and took a majority stake in a company that makes collagen supplements.

Still, for all the focus on it, the health-science arm remains far smaller than older units such as coffee and petcare, which remained the main drivers of Nestlé’s strong sales for the period. Pet food, where sales rose 4.1% in the nine months, has performed well for years.

The company said its dairy and cooking-aids arms also did well. Confectionery and bottled water dragged down the results, with both categories heavily dependent on tourism and shoppers being out and about.

After lifting lockdowns, many countries—particularly in Europe—are now implementing strict bans on movement again to stem the spread of the virus. Nestle said the out-of-home sales channel overall “remained significantly negative,” but sales declines moderated in the third quarter.