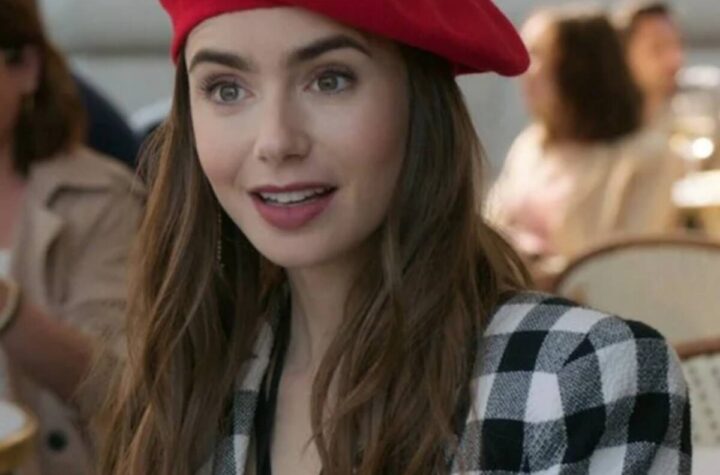 Is there anything she can't do?!

Janelle Monae is a force to be reckoned with. She's a musician, actress, activist and one of the trendiest entertainers in the business. Not only does she know how to engage a crowd with her impeccable vocals, but all eyes are on her whenever she steps onto a red carpet. That's why she's a 2020 E! People's Choice Awards Style Star nominee!

Beyond her incredible wardrobe, Monae has also found ways to use her platform to help support and uplift causes that are near and dear to her. We can't all be as cool, calm and collected as Monae, but at least with all of these photos you can live vicariously through her.

From her signature black and white style and menswear-inspired looks to high fashion, glamorous gowns, Monae can literally pull off anything a designer throws at her. Monae pushes fashion boundaries on the regular, and the we wouldn't want it any other way.

She's a style star for a reason!

Scroll through the gallery below to see all of the amazing fashions that have made Monae the icon she is today. Also, don't forget to vote for your favorite Style Star on the official E! People's Choice Awards site. Voting ends on Oct. 23!

The actress shines bright with glittering gold accents on her black and white Chanel gown at the 2019 Golden Globes.

The "Make Me Feel' singer made a statement in this bold, architectural Jean Paul Gaultier look and hate at the 2019 Grammys.

The fashionista went simple and sleek (but still stunning!) in all black for her Antebellum premiere in September 2020.

Monae sported her pride on her skirt in this rainbow-colored dress at the 2018 BET Awards.

For the after party later that night, the songstress sported a simpler variation of her eyeball-themed look from the red carpet.

Monae flashes a hint of cleavage in this black and white Chanel ensemble at Paris Fashion Week.

Monae is breathtaking in Balmain at Paris Fashion Week 2020.

LBD With a Twist

The artist could not look cooler in this blue and white striped Ralph Lauren suit paired with a funky nautical-themed tie and sunglasses.

Not Your Mama's Pantsuit

Monae switches up your boring old pantsuit with chaps and dramatic sleeves.

We Can See Her Halo

Monae forgoes her usual black and white for eye-popping red at the 2018 Vanity Fair Oscars party.

Fit for a Queen

The style star donned dramatic white and blue sleeves with her black gown at the Black Panther premiere in Hollywood.

For the 2018 Grammys, Monae opts for her signature menswear style in a gorgeous tuxedo with colorful floral accents.

Monae's black and white striped suit at the 2016 BET Awards is slimming, stylish and simply sensational.

This funky look is bra top meets blazer meets pantsuit and we're honestly living for it.

Monae is beaming in this knee-length black sheer dress and matching tights at an event in NYC.

The Grammy nominee flashes leg through a thigh-high slit at the Vanity Fair Oscars party.

Monae brought the drama to the 2017 Oscars in this sweeping Elie Saab Couture gown featuring a huge train and ornately bedazzled bodice.

Eyes on the Bag

The geometric jumper and googly-eyed hang bag are the epitome of fun and flirty.

Party in the Front

Monae embraced the mullet dress trend at the 2017 Golden Globes.

For the 2016 Hollywood Film Awards, Monae showcased an ivory suit jacket with a mile-long train.

This red suit and shirt combo is the business attire of our dreams.

Monae's patterned pantsuit has us mesmerized.

Even on a rainy day, Monae makes a bold statement in a high-fashion black and white top and boots.