Fashion companies have canceled or refused to pay for $16.2 billion of orders during the pandemic, costing textile workers $1.6 billion in wages, a report found - Tech Treends

Fashion companies have canceled or refused to pay for $16.2 billion of orders during the pandemic, costing textile workers $1.6 billion in wages, a report found

Fashion companies have canceled or refused to pay for $16.2 billion of orders during the pandemic, costing textile workers $1.6 billion in wages, a report found 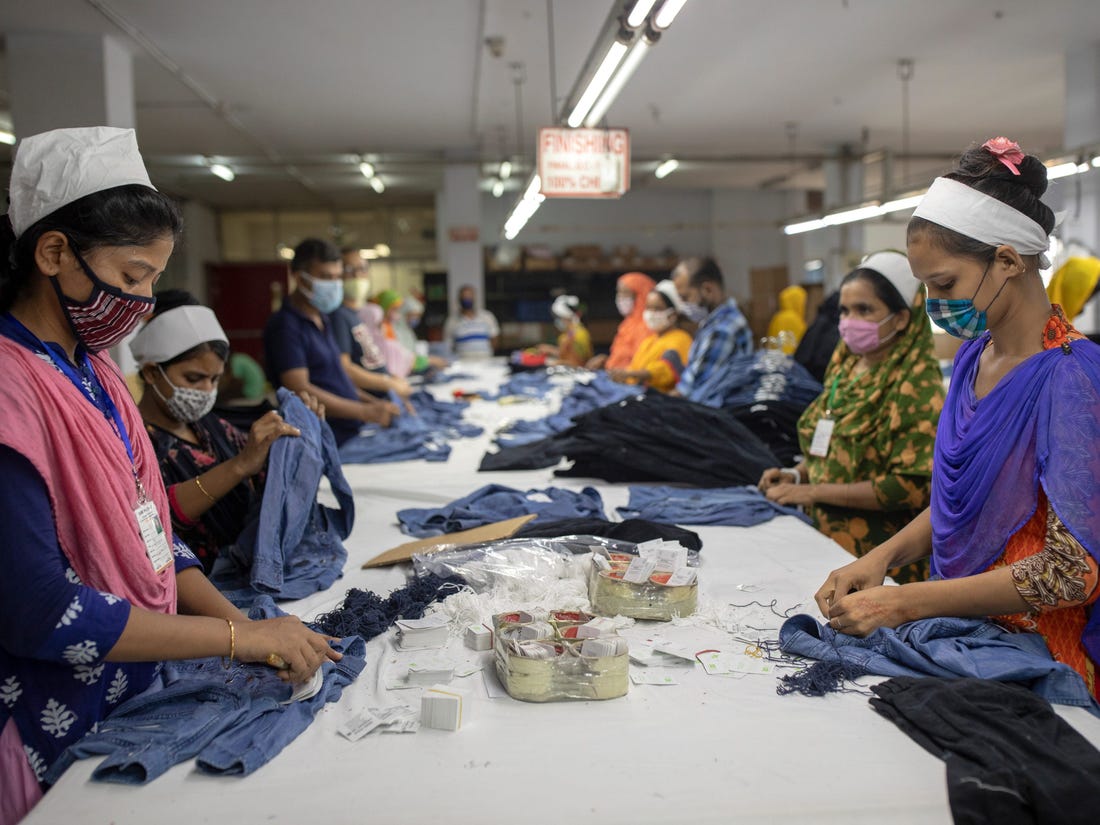 Garment factory workers around the world may have collectively lost more than $1.5 billion in wages in just three months thanks to US and European fashion companies canceling or delaying orders, workers' rights groups have said.

Brands canceling orders, or failing to pay for existing orders, caused garment suppliers to lose about $16.2 billion between April and June, the Center for Global Workers' Rights (CGWR) and the Worker Rights Consortium (WRC) said.

Around 10% of this, or $1.6 billion, would have gone to textile workers as wages, they said.

This hurt a group that was already highly vulnerable group before COVID-19, a separate report from Australian academics from the University of New England reported said. In one instance, two Bangladeshi parents had to sell their newborn baby as they couldn't afford the hospital bill after the garment factory they worked at closed during the pandemic, the academics found.

The findings painted "a deeply disturbing picture of corporate irresponsibility at a moment of global crisis," researchers from the CGWR and the WRC said.

Read more: A social campaign that pressured $15 billion out of 18 brands like H&M and Gap is a case study in how people are becoming ruthless about holding companies to ethical standards

The CGWR and WRC report found that the loss in sales included companies canceling orders they placed before the outbreak that had already been produced. They also postponed orders, including the payment for them, sometimes on an indefinite basis, or said they would only accept the orders if they were given a large reduction on the previously agreed price, the report found.

In the apparel industry, buyers often pay nothing until weeks, or even months, after the factory ships the goods.

The researchers based their findings on US and EU apparel import data, supplier accounts, data from trade associations, and in some cases leaked correspondence between buyers and suppliers.

US brands halved imports during pandemic

From April to June, US brands and retailers nearly halved the amount of clothing exports they took delivery on compared to the same period a year ago — a drop of $9.7 billion, data on the value of apparel imports entering the US shows.

In May alone, Bangladesh lost around $355 million in apparel exports to the US, the report said. In the first few weeks of the crisis, more than 1 million workers were impacted, many workers sent home from work without severance or furlough pay.

In the EU, fashion companies took delivery of $6.5 billion less in garments than they did during these months in 2019, a decline of 45%.

This drop doesn't come from brands reducing new orders with suppliers, the report said — most new orders placed after the crisis began did not begin to arrive at US ports until July. The vast bulk of the shortfall in US imports therefore came from orders that brands and retailers had placed before the crisis began, researchers said.

The majority is from companies canceling orders retroactively or demanding large discounts, they said. Only a small slice of the loss came from temporary production and shipping delays, the report said.

In April, the Garment Manufacturers Association in Cambodia asked overseas buyers to commit to their supply contracts and protect the industry's 750,000 workers in the country.

"Manufacturers operate on razor-thin margins and have much less ability to shoulder such a burden as compared to our customers," it wrote, referring to the buyers. "The consequential burden faced by our workers who still need to put food on the table is enormous and extreme."